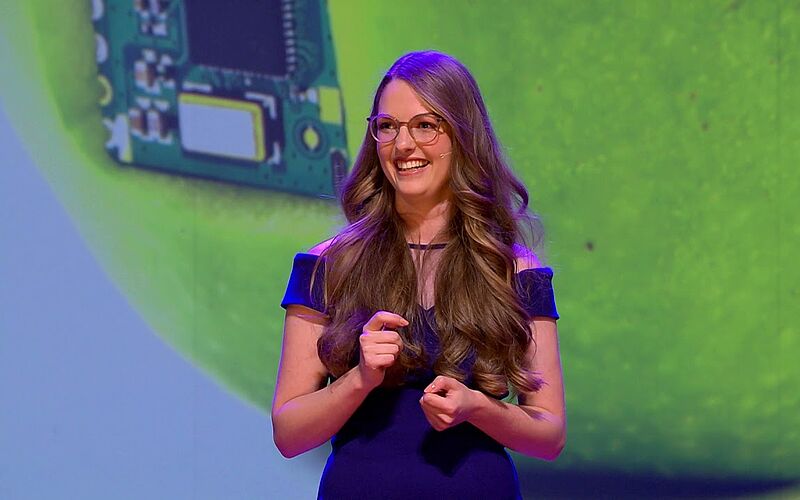 Daphne Muller, 26, is a scientist working for Nextcloud, a company in Germany that produces alternative privacy-friendly software to products like Google Workplace and Microsoft Office. They’re building the Microsoft of the future. She studied Industrial Design at TU Eindhoven and graduated on the subject of privacy in IoT-products with very high marks, but with a lot of controversy among her colleagues who were somewhat biased towards big-tech. In her thesis she stated that all the data collection proposed throughout the IT-world is unnecessary, thereby breaking a taboo among IT-experts.

Beside her work she is mainly busy with research in her spare time (which makes her an independent scientist) but she also enjoys exploring nature, which together make her pretty much of a nerd. To take the discussion on privacy out of the academic world she decided to take part in TedxVenlo, translating the abstract problem of privacy into a language that is understood by the general public.

The title of her talk is Privacy is Progress. Her idea worth spreading is that less collection of personal data will bring more competition, more innovation and more progress in the market. She thinks the data-industry is one big bubble which will not so much burst but deflate gradually by the realization that data technologies often
sound very good but are meaningless in practice.

Her main concern is to make people realize that computers are not the answer to everything, they are not the magic wand that many think they are. She also strongly warns against the mindless acceptance of cookies and other data abuse.