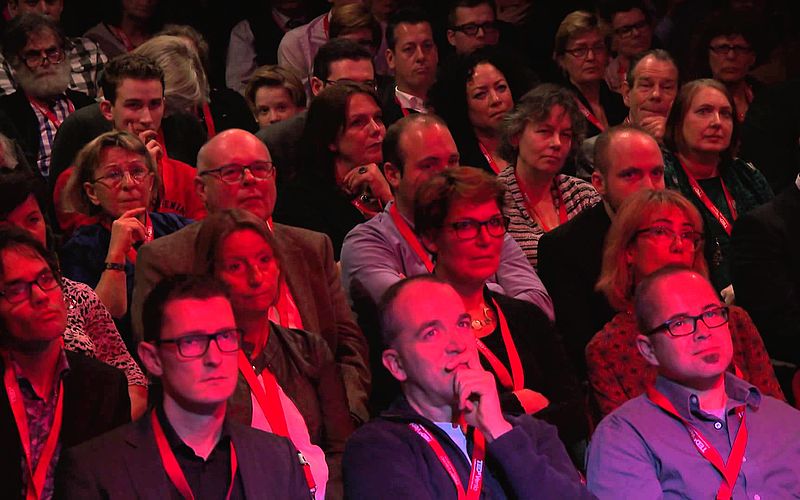 20 Nov 2015
A cry of distress. Utter silence. Documentary maker Marijn Poels makes us listen to the voiceless and asks himself: How can I be a better man in a world full of shit?

A blind woman leads Poels through one of the biggest slums in the world,Kypira in Nairobi. When you look at it from a nearby hillside, it looks like a huge metal sea.  The name of the woman is Margaret and she has lived her life in a slum. Poels remembers walking trough narrow streets. Margerat was able to walk through it with a very good sense of direction , where Marijn lost all sense. Who’s disabled here? Right after Marijn got an award, he dedicated it to Margaret and in that way gave it back to the people of Kypera.

The Dalai Lama says the world is one body. Poels sees illness all around the globe, and wants to activate people to do something about it. We can only detect and cure illness, if everybody is being heard. Sickness and health is about much more than disease and famine. That made him aware of the importance of giving people a voice.

Marijn  was in a car accident at the age three. He had lots of surgeries and people were telling him he wasn’t the brightest and won’t come far in life. At the time, he believed them. A couple of years, and schools, later he found himself digging graves and it made him understand something. He needed to change his life. Poels was lucky enough to live in a place where there’s upportunities and changes to grow and rise out of illness. Try to imagine being born in illness and being condemned to live in it your whole life. As a filmmaker, Marijn wants to bridge the gap and create more undertanding.

But somewhere along the line, the bridges between cultures became walls that only work in the interest of a few. It is up to us to improve this, to break down those walls. To listen to the voiceless.

Previous
Maarten Loonen - The melting North Pole, is our North Pole too