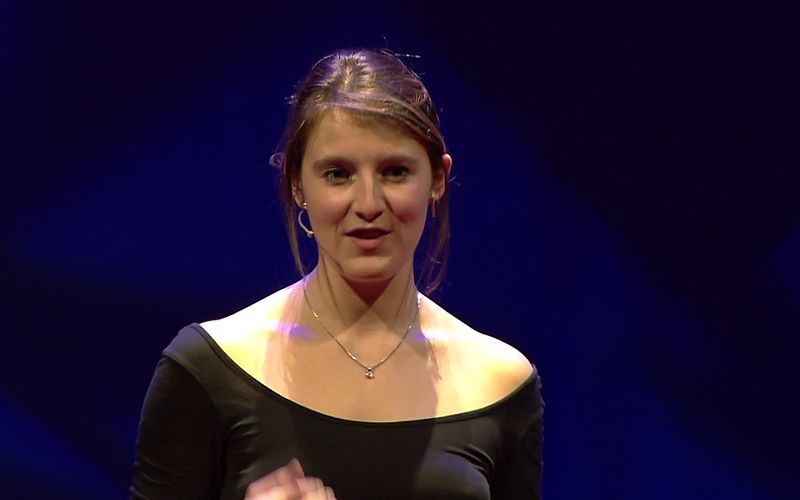 08 Oct 2017 Esther Klein
Four years ago Frankie Dickens was training for the Olympics. As a talented and ambitious sailor she wanted to win the gold medal. Until she volunteered at ‘The Jungle’, the refugee camp in Calais. Today she is studying European Law at the University of Maastricht. With her TEDx Talk she wants to give something back to the people who have inspired her so much. “Refugees are an opportunity.”

Welcome to The Jungle
Frankie was obsessed with sailing. “ I trained fulltime the entire year.” But a knee injury that her sailing partner sustained, lasting three months of downtime, gave her time to think. “I was helping to get a refugee family to Dorset in the UK. That was the beginning.” The family was in a refugee camp nearby Syria. With the group that helped the family come to Dorset, she travelled to Calais. At age 18 she interpreted English for the refugees. “I saw that I had so many choices and they have none.”

New challenge
Frankie got confused. “I’ve always wanted to sail, ever since I was a little girl.” But the visit to Calais made a big impression. She thought about it for months. “I had to convince myself that it was okay to change my mind. That it doesn’t mean giving up.” Calais gave the final push and three months before the Olympics, she quit sailing. Frankie said goodbye to the Olympic dream but found a new challenge that was just as hard as winning a gold medal.

The need to speak
On November 7th Frankie will show people why she has to be on the TEDx stage. “ People need to hear about this and how easy it can be if we stop to see refugees as a problem.” Come listen to Frankie and register.