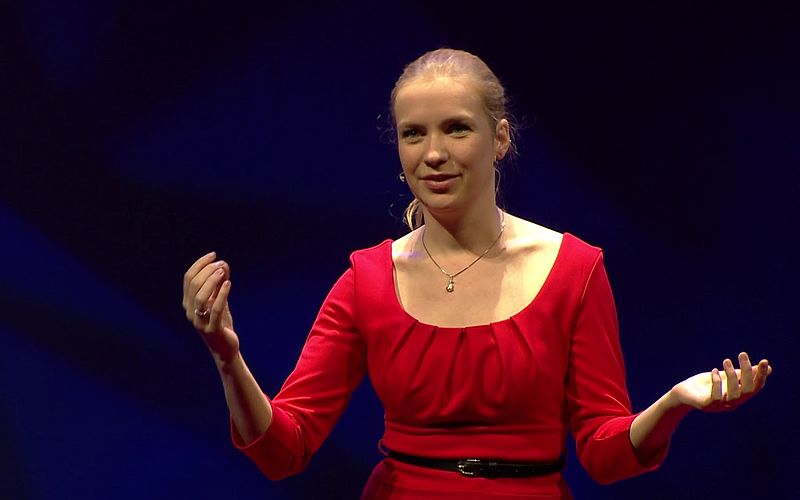 16 Oct 2017 Nanet Hazenbosch
Science journalist, writer and head of communications for ‘Centrum Wiskunde & Informatica’ (CWI) Ans Hekkenberg states her case at TEDxVenlo on November 7th. She tells us why we need greater diversity in science and how technology is essential in pushing the boundaries of human knowledge.

A lifelong passion for writing
The 29-year old studied physics and astronomy at Radboud University in Nijmegen. Having had a lifelong passion for writing – in primary school, she started a magazine with her sister and always wrote short stories with her friends – she soon started writing about the sciences. It was only natural she completed a master’s degree in Education and Communication before graduating.

Or is it?
To her dismay she found that diversity in science is hard to find. “Women are held back; they receive fewer positive recommendations than their male counterparts, are cited less in scientific journals. Think about it, ‘genius’, ‘pioneer’, these accolades are all masculine and almost never accredited to female scientists.”

Draw a scientist
David Wade Chambers first researched gender bias by asking children to draw a scientist. He found that out of 5,000 students only 28 children drew female scientists. And it persists, according to Hekkenberg: “It’s interesting to see that our surroundings play such a big role in the stereotypical way we view scientists.”

Aiming for the stars
On November 7th, the writer hopes to inspire people to check their own (gender) bias so that we can all start working towards a better, and more inclusive, future. What the future holds for Ans? She will continue to fight for equality as an ambassador of the Dutch Technology Pact and hopes to one day work at NASA or ESA.