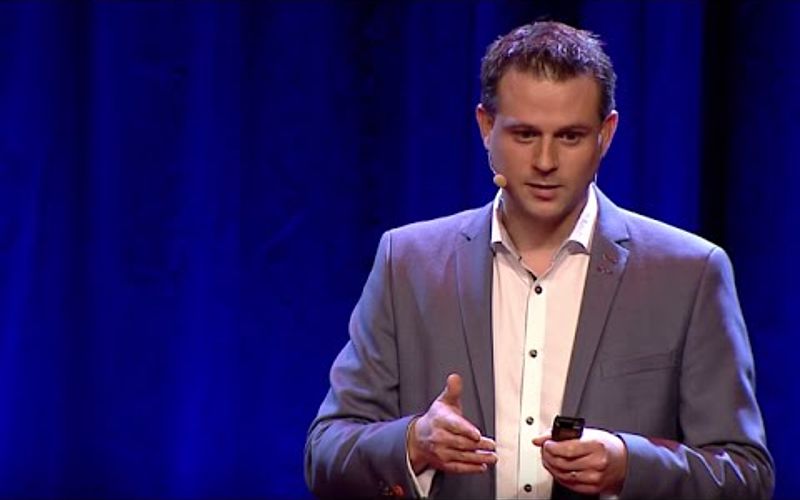 Albert Einstein once said: “It’s a miracle that curiosity survives formal education.” Sharing knowledge and skills has made societies blossom. But it hasn’t been able to keep up with the rapid changes it invoked in the process. Along the way, schools became like prisons. People are caught without probable cause, held captive for years in a row, learning things that sometimes do more harm than good. And then enter a society that is unrecognizable.

The ten most wanted jobs today didn’t even exist only fives years ago. Talented and ambitious men and women create and hold those positions not because of their studies, but more often in spite of them. Spruijts brother is a striking example of this trend. Hacking exam results and dropping out of college, he now is a senior programmer and serial entrepreneur in Silicon Valley. As a kid, Spruijt himself kept a record of the local weather and made predictions based on his notes. Only to discover that all this data was already open to the public all the way back to the eighteenth century. Learning from and building on that experience, he started developing systems to actually do something useful with those bodies of knowlegde. His simulation games were born.

Several universities around the world now use his methods of gamification in their curriculum. By incorporating real world events in a virtual reality, the gap between education and business shrinks. Spruijt believes this is the revolution that is long overdue. Course satisfaction and passing rates indeed skyrocket. But the potential is much greater still.In one word? Deinstitutionalize. Disrupt the whole system. Big data analyses behaviour and gives personalized tips for further fields of study. Design content and distribution to match the character of every individual. Build seven billion universities. Culminating not in a Master of Engineering, but in a Master of Jan Spruijt. A Master of You. “I never teach my pupils, I only provide the conditions in which to learn.” If Einstein could dream it, then we can do it. Let’s build this game together!

Previous
Han Stoffels - How big data can work for you