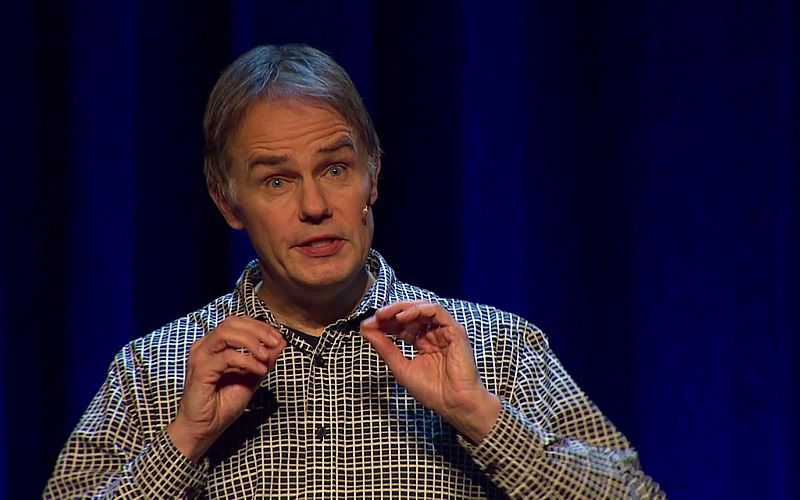 08 Dec 2016
Good afternoon, goedemiddag, guten Tag, bonjour, buenas tardes, gooiemiddig. Gaston Dorren might greet us in six different languages. Gaston emphasizes the value of knowing multiple languages. And a regional language or ‘dialect’ also counts! As a journalist and writer Gaston has a lot of linguistic experience. But in terms of experience, he says, there’s nothing like staying abroad. In Peru and Ecuador, speaking Spanish was the best and often the only way to communicate with people who lived completely different lives. “By learning another language, you make your world bigger, more diverse and less scary.” More about the delights and surprising effects of bilingualism in his talk. The evolution of languages is an ongoing process, and huge changes can be expected in decades to come. “Young people want to distinguish themselves from the generation before them, and changing the language is a great way to do that, especially as it annoys older people no end.” Among adults, women tend to be leading in language change. So when it comes to language, adult men are mostly followers? “Yes, we are. And often grumpy ones at that.”

“I’m pretty sure that most of you here speak more than two languages. At least Dutch, and English as well, or you’re faking it really well.” And if you only speak English you’re probably American.

According to economists, people who speak more languages earn more money than others. This fact probably doesn't affect us much. But the impact of knowing more languages on your brain, does affect us. If you switch between languages, you’re doing your brain a big favour.

When we’re speaking in our mother tongue, we speak more intuïtve, which can lead us into cognitive traps. In a second language we make more logical decisions. You make other choices. It doesn't only make us think about how we say things, grammar etc, but also what we say. This may not strike as useful at first sight, but also our body language may change while speaking a different language, it has a transformational effect. You may seem more confident.

Gaston teaches us: when you learn another language you also learn other messages or ideas from different cultures. Adding a language, is by extent expanding your world and evolving your worldview.

Next
Petra Dassen - The power of communities