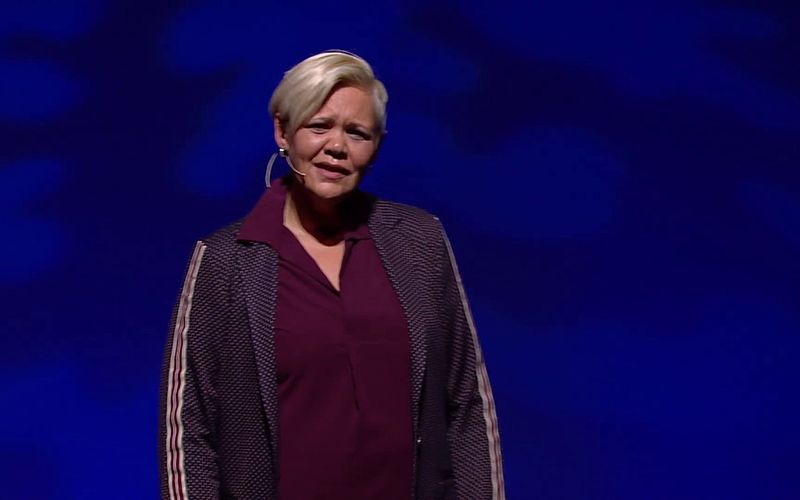 07 Oct 2018 Eveliene van de Wijngaard
Did you know that over 6,000 people in the Netherlands are the victims of human trafficking every year, and that two-third is coerced into the sex trade? Daniëlle van Went is a 42-year-old care coordinator human trafficking and mother of three. Driven to help these victims and create a safer environment for our future, children and environment

Daniëlle tells you a story that has not been told before. ‘Everyday I see the victims, from kids and teens to adults. ‘I witnessed many traumatic things. People who were held prisoner for human trafficking. Boys held in hidden rooms for forced prostitution. And countless pictures of boys and girls who were violently forced by the human trafficker to have illegal sex’.

Close to home
When you think of human trafficking, you probably do not think about it being that close to home. But unfortunately, it is. Daniëlle calls it a form of high crime impact which is growing each day and wants to give people insight of the world we are living in. ‘People have to know the dangers, the victims, it could be your own child’. She wants create and improve the awareness around human trafficking. ‘I hope that people will learn to notice signals of human trafficking earlier and be aware of the risks of their own kids and family’.

Going underground
These terrible things do not stop her from working. In fact, this only drives her more and further to stop this and achieve her goal. Daniëlle wants to know what she's talking about, experience it. And she is not afraid to give everything that is necessary. This is clear from her story when she went underground, to the world of the human traffickers.
‘I went to a certain forest where prostitution with young boys was happening. The boys were chained in garage boxes and houses. It was horrible to witness but it is the reality of our world’.

Share the story
Daniëlle wants to give the victims a voice and shares her story with you on the 6th of November at TedxVenlo. After this she wants you to share the story. Be aware of the human trafficking signals around you and take action. Help creating a safer future for you, your children, your family, strangers and the victims.

Next
Channeling ‘hot air’ waste to your greenhouse with Jeroen Burks