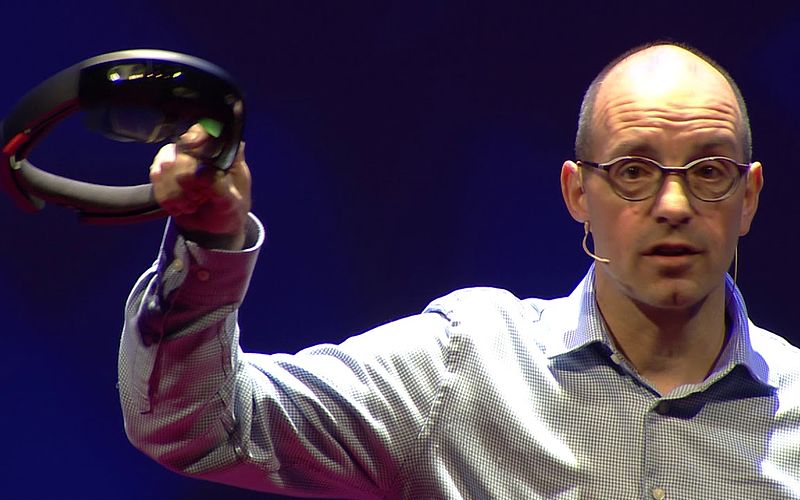 19 Oct 2017 Nanet Hazenbosch
Entrepreneur and innovator in virtual reality training solutions Ruud Dullens believes in substance over technology. That way we can come to solutions where virtual reality and knowledge retention co-exist and complement each other.

The way forward
Entrepreneur and co-ounder of BlueTea Ruud Dullens believes that virtual simulations offer a straightforward, efficient and enjoyable way to improve people’s skills in a safe environment that they can access whenever they like.

Is it virtual or augmented reality?
Dullens works with two types of. “Virtual reality means you’re emerged in a 100% computer generated environment. Augmented reality - do you know Pokémon Go? It’s basically that, but we use it to train people on product use and workplace safety.” He proceeds to pull out a piece of paper with the display of a machine printed on it and a tablet. Hovering the tablet over the piece of paper the paper display comes to life on the tablet. “This is one of the programmes we use to train people on proper use of machines. It’s an efficient and safe way of familiarise people with a product.”

Practice makes perfect
The amateur percussionist and “There is a dissonance between theory and practice. Knowledge retention is low when you learn from a book. Experiential learning—with virtual reality—will make people experience an unsafe situation without actually exposing them to harm.”

‘Unreality’
It stands to reason that Ruud doesn’t have to think long when asked what ‘unreal’ means to him. “Virtual reality is as unreal as it gets but you can apply it in so many forms and to such an extent that it offers all kinds of possibilities.” Another unreal moment was when he was approached to host a TEDx Talk. “I knew of TED and TEDx but it always felt like such an unreachable platform. I was really surprised when they approached me!”

Want to learn more? Register now for TEDxVenlo on November 7th at the Maaspoort Theater!

Next
Roy Lenders shows you the possibilities of Artificial Intelligence