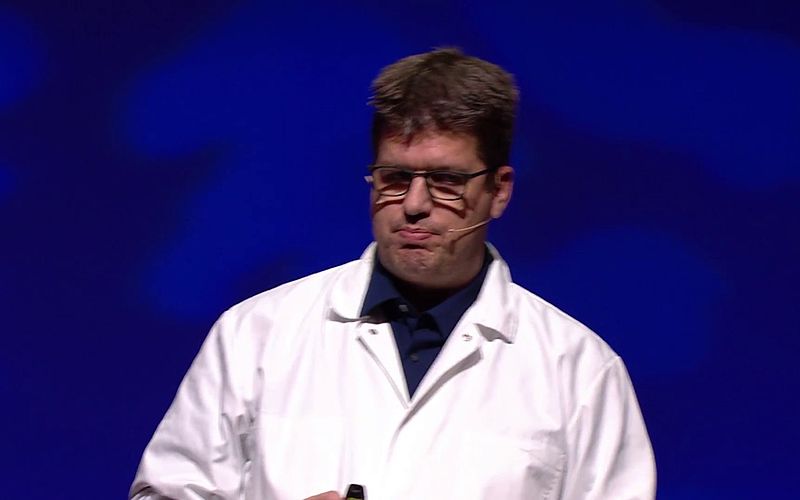 What you see is what you get | Marc Pruijssers | TEDxVenlo

25 Sep 2018 Eveliene van de Wijngaard
Marc is no stranger to TedxVenlo. The industrial designer is a lecturer at the HAS University of Applied Sciences, one of the TedxVenlo partners. For years, he motivates his students to enter the stage, this year it is his time to share his story on stage. “I believe everyone has a story to tell, a passion or idea that deserves a stage. Mine is about visual language”.

Passion and career
Marc is lecturing, researching and consulting food innovation at the HAS in Venlo. Before he joined HAS University 6 years ago, he worked in the food industry for 14 years as a product and packaging researcher and designer. Marc is someone who takes life as it comes, always looking for new challenges and experiences.
his year there was less interest from his students to go on stage, therefore he tried to persuade his colleagues. "I wanted to set an example with my own pitch. I have often stated that I would never do a TED talk, but here I am ". Throughout his career Marc has always been involved with the design and packaging of products, his interest is mainly in how the consumer experiences this. What effect the visual aspect of the product has on people, visual language.

The future
For Marc visual language is the future, “I believe that visual language will become more and more important in today’s society. In private life, on social media, we are already communicating with pictures and emoji’s. Google for instance, is already making huge progress in indexing and interpreting visual information. It’s a matter of time before also professional life becomes more visual”.

Are you ready?
To give a talk about visual language is a challenge that Marc likes to accept. “The main challenge will be to practice what I preach, and to make the talk as visual as it is verbal”. Expect to see things that cannot be described with words alone. Be ready to immerse yourself in the world of visual language.