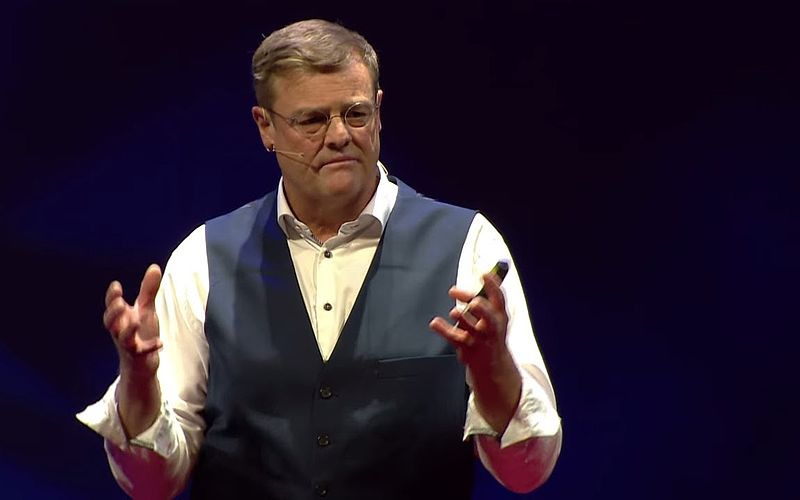 29 Sep 2017 Esther Klein
“One way to be a better coach is to pitch yourself,” says Howard Lettinga, head speaker’s coach of TEDx Venlo, but this year a speaker himself. With more than thirty years of experience in communications, the senior international editor at Océ knows a lot about presenting ideas. No wonder his TEDx Talk will be about TED Tools for Life.

Positive message
Why does Howard want to be on the TEDx stage this year? “Everybody involved with TEDx Venlo is helping to make the world a better place. To build a better world. Be it by presenting an idea worth spreading or coming to hear those ideas. I want to share speaking tools that I find useful, because they can help us all build better. On stage and off. At the heart of this is promoting positive messages, and having fun doing it.”

Participating in the community
Four years ago when TEDx Venlo started, Howard was one of the early volunteers.  He moved from the United States to Venlo thirty years ago, where he settled down in Venlo-South. “Every day I cycled from Venlo-South to Venlo-North for work, past the city center, but I never really got involved in the community. I thought TEDx Venlo is a good way to participate.”

The art of connecting
So now, after four years of coaching, he will take the stage himself, sharing his experiences about how to send your message into the world and, more importantly, how to connect with the receiver. Not just on stage, but in everyday life. “For example, a smile is a powerful way to connect.  But there is nothing worse than a fake smile. So how do you make sure it’s authentic,” asks Howard? He will share his thoughts on November 7th.

Nervous on stage
Thirty years of experience or not, it’s still nerve-racking to present to a room full of people. “I’m almost always out of my comfort zone when going on stage,” Howard confesses. “As a coach, I’ve seen speakers who were terrified, but they did not let fear stop them. What gave them the courage to take the stage? I can share some insights on that.”

Next
Vincent Pijnenburg celebrates being a ‘Borderlander’ at TEDxVenlo 2017