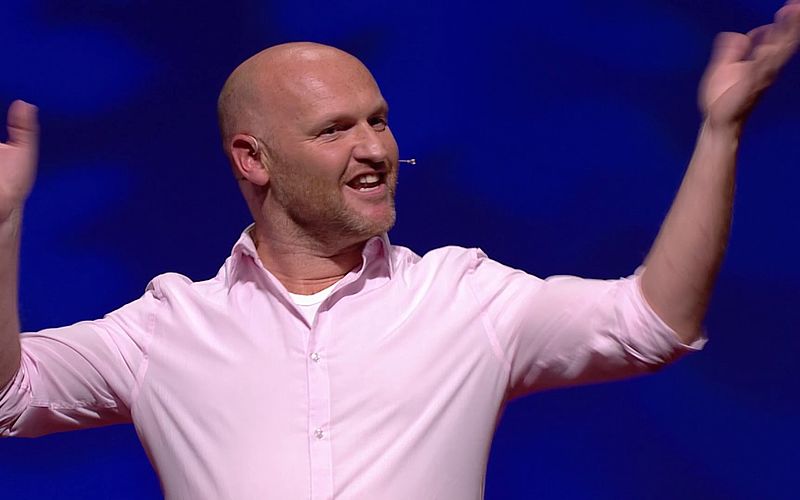 14 Sep 2018 Esther Natar
A cheerful, charismatic man who is happy with himself. That is 45-year-old Hans Lenders. Although it used to be a bit less. "Because of everything I have experienced, I have become stronger. " And he is ready to show why this is the case in the Maaspoort on 6 November.

"When I leave the stage, visitors are aware of their identity and they can compare their search with someone who has had a coming out." It is a promise that Hans does.

"I would appreciate it if people had talk about my talk the next day at the coffee machine." The entrepreneur is not shy although he thought he had no idea worth spreading for a long time. Until coach Loes Keijsers triggered him two years ago. "Whether it was nothing for me. That has made me think. "

Pink Saturday
As organizer of Pink Saturday 2019 in Venlo, Hans has a story. Although it was not entirely intended that it would be that big but when his partner suggested Pink Saturday in 2019 to Venlo there was no stopping. "I get totally excited and it starts rolling."

Pink Saturday revolves around improvement in tolerance and awareness, acceptance and respect for the pink community. The message fits seamlessly into Hans' talk. "As an LGBTI member, you have to struggle to find your identity. After you have found identity, the battle continues. Partly by your environment, but also partly by yourself. "

TEDxVenlo
All the more reason to break a lance for the LGBTI-community during TEDxVenlo. Besides being nice on his resume, Hans has more reasons to keep his story on that red dot in the Maaspoort. "TEDxVenlo is a good formula with a nice reach." That chat at the coffee machine the next morning must therefore be successful!

Previous
Designing is working with the body by Malou Beemer

Next
Learning hurts by Toine Sterk